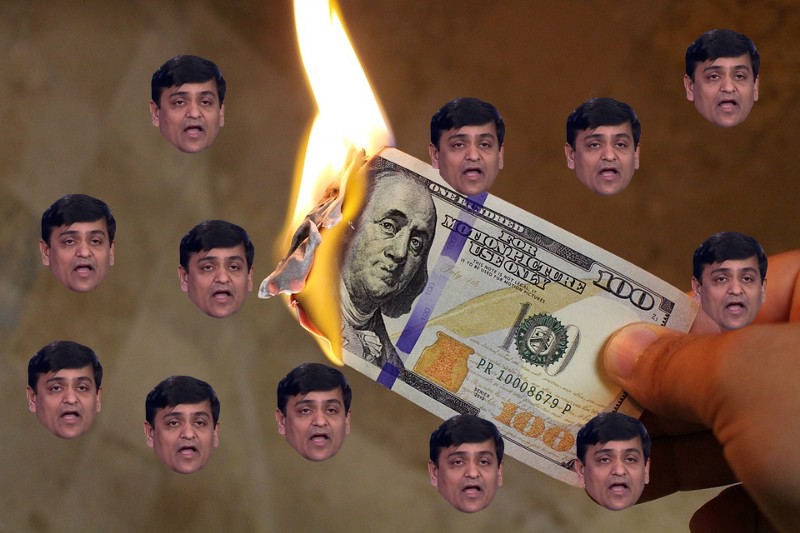 I’ve been writing about cryptocurrency for awhile now - where to buy it, how it works, why it could change the world, and so on. However, this doesn’t mean I only focus on cryptocurrency - indeed, I am always trying to become a better and more knowledgeable investor in all sorts of areas. This is why I recently set out to teach myself the ins and outs of the stock market, including more sophisticated things, such as derivatives markets like “options contracts.” If this sounds like a bunch of gobbledygook to you, don’t worry - it was confusing to me at first too, as this is a whole new world with its own dictionary full of terms non investors are probably unfamiliar with, such as “calls” and “puts” and “strangles” and “straddles.” I’ll explain a lot of this stuff in “Part 2,” - but first, let’s focus on Longfin (LFIN) and how I got caught up in what I’d characterize as the biggest crypto scam since Bitconnect.

This guy might be more trustworthy than the people at Longfin.

Longfin is a company founded and run by CEO Venkat S Meenavalli. On their website, they bill themselves as “A Global FinTech NASDAQ Listed Company,” and their slogan appears to be “Calculating the Incalculable.” If you’re already rolling your eyes at this nonsense buzzword-talk, you’re in for a real treat - here are some more bullet points lifted directly from their website:

Seven Points that define Our Reliability

Now, I don’t want to be too flippant, but with at least half the things on this list, my immediate thought is “what the hell does any of this mean?” Seven points that define their reliability? What? Is “disintermediation” even a real word? Well, actually, it is. Per Google:

reduction in the use of intermediaries between producers and consumers, for example by investing directly in the securities market rather than through a bank.

So, basically, removing middle-men. Okay, I can get behind that - but with that said, I’m not convinced Longfin actually does or has ever done anything even close to the stuff they claim to be involved in. You don’t have to take my word for it - let’s see what Venkat himself has to say in person. Here is some of the interview that, in a sane world, would have brought Longfin’s stock price to the single digits:

This was published back in December 2017. There is so much content in this single interview that unpacking it all would be impossible without devoting hundreds of pages to it; instead, I’m just going to comment on some of the most salient points as to why this whole thing could be called “the writing on the wall.”

First of all, this guy just comes across as untrustworthy and weird. I realize that some might consider this to be low-hanging fruit, but optics are important. He rapidly talks in a barely-comprehensible accent, and the more he gets grilled on his wonky business practices, the faster he talks. Near the end of the interview it seems like he’s having a panic attack. Speaking frankly, I think he knows he’s a fraud and simply wasn’t expecting the CNBC Fast Money people to call him out on it. He also awkwardly calls the woman “madame” a bunch of times, and can’t stop nervously repeating “you have to understand.” It all just comes across as the kind of bizarre, suspicious behavior you don’t want to see in the CEO of a company you’ve invested in.

Getting more into specifics, though, there are a lot of things in this interview that just don’t pass my smell test. A few: 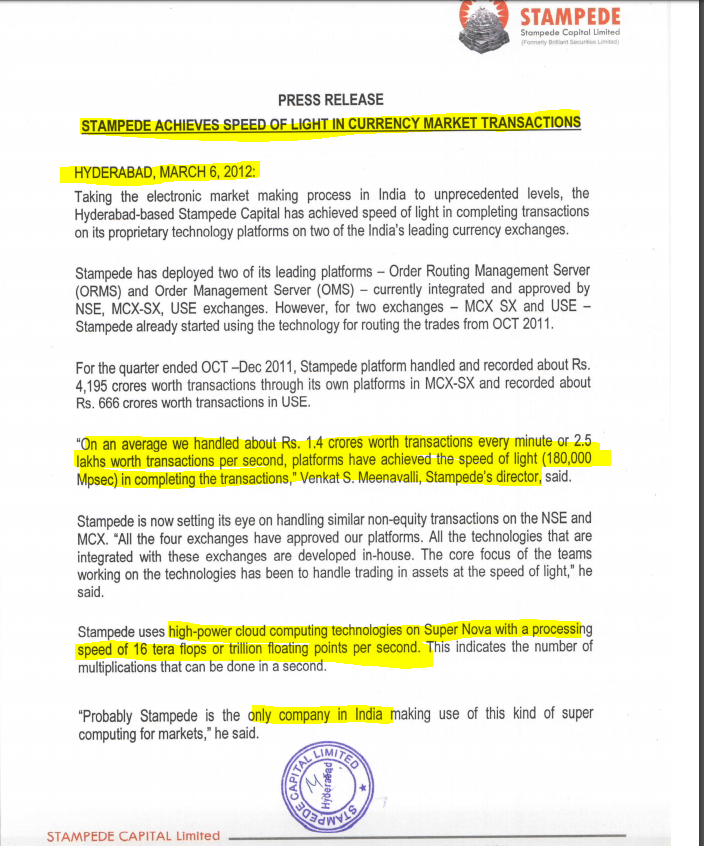 The speed of light? Really now? This is probably the dumbest, most disingenuous use of math I’ve ever seen.

“I want to go back because when you went public in your […] filing to go public there’s not a mention of being a blockchain company, and then two days later you buy a ‘blockchain company’ from, basically, yourself. Meridian Capital is 95% owned by you so - did you - you must have known this was going to happen. Why…?”

Here, she gestures with air quotes when she says “blockchain company.” It’s brutal.

I think my favorite exchange during this interview was when Melissa Lee asked the following:

“In the meantime, Longfin gained - what - four billion dollars in market cap? Is that justified? It’s not justified.”

In Venkat’s defense, he admits that the valuation of Longfin was ludicrous at this time. It had started around 5 dollars per share on December 13th, and by December 20th the price of one share of LFIN was about 70 dollars.

I could keep going, but I think you get the picture: way back in December when this interview was published, it was already extremely obvious to anyone paying attention that Longfin is a garbage company run by incompetents. So, if you’re unfamiliar with the situation, you might be thinking that LFIN’s price plummeted to below-IPO afterwards, right? Nope. It stabilized at around $30–$50 and even ran up back to $70 in March. 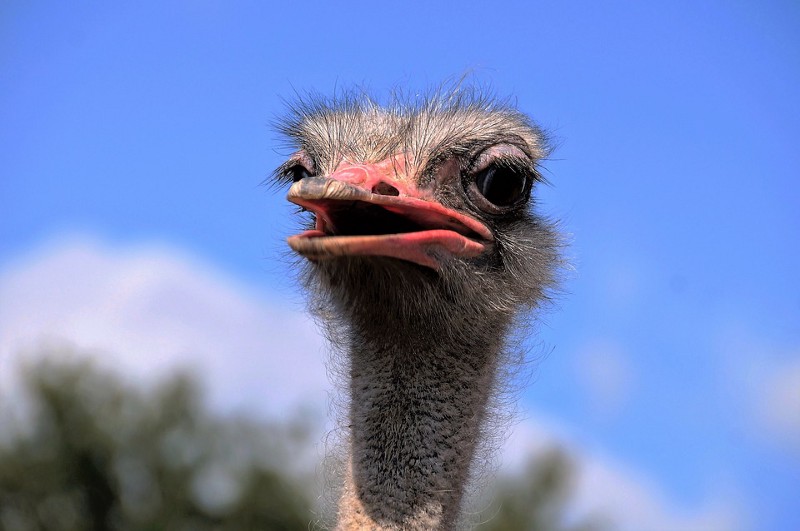 My reaction when the world doesn’t make sense.

So we’ve not only established that the company is poorly run and doesn’t seem to do much, but that the people investing in it were seized with a sort of ludicrous mania. The story doesn’t end here, though —oh, no no no. We haven’t even gotten to the blatant fraud and how it is that I might lose an enormous amount of money after correctly betting against LFIN. That’s next time, though. For now, this is just about Longfin and how their shenanigans affect cryptocurrency.

Why This Is Bad for Cryptocurrency

Here’s another direct quote from Venkat, taken from the Longfin website:

More buzzwords. More blockchain coat-tail riding. This blatant, naked, disgustingly shameless hype is what really gets my goat about Longfin. It’s the use of terms associated with Bitcoin to pump up a business (a business which basically doesn’t do anything), and then later the CEO acts like it’s some sort of surprise that the market cap ballooned to an insane level apropos of nothing. This kind of thing gives Bitcoin and blockchain technology as a whole a bad name. At least he was able to admit that his company shouldn’t have ever been valuated highly, but the damage is done. This is a company that fundamentally has nothing to do with Bitcoin and very little to do with cryptocurrencies, but non-technically-minded people bought into it anyway. When they inevitably lose all their money - and believe me, many of them already have - they’re not going to care about these distinctions. They’re going to think all of crypto is a scam, not just Venkat and his stock schemes.

I’ll be releasing an article very soon with a continuation of my take on the Longfin saga. Next time we’ll be talking about:

As you can see, we’re got a lot to talk about. I could see this taking a couple more posts - so stay tuned, more is coming soon!

Update: Next article is here.