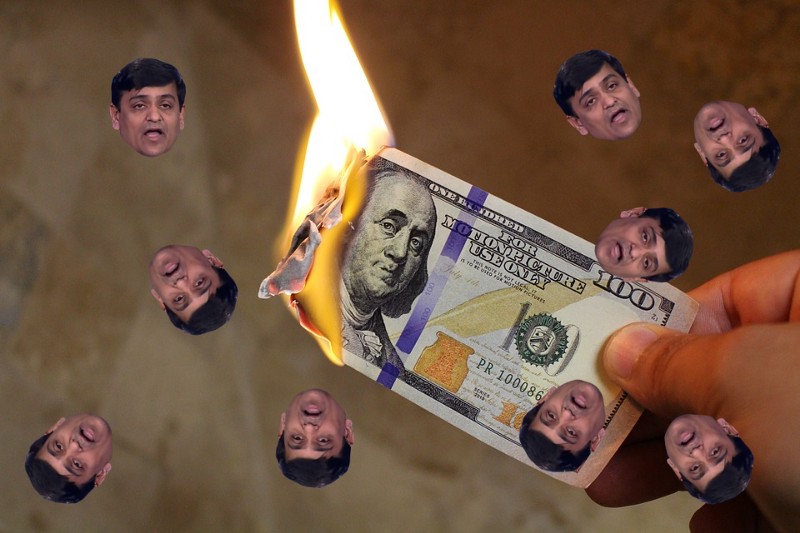 The saga continues. Last time, we discussed how the people over at Longfin - the “fake cryptocurrency company” as I like to call it - managed to ride blockchain euphoria to great heights despite their general incompetence. Today, however, things take a darker turn; today, we are getting into the details of how the U.S. Securities and Exchange Commission (SEC) is investigating Longfin for securities fraud.

We left off at December 2017, when CNBC Fast Money interviewed Venkat Meenavalli (CEO of Longfin and parasitic scumbag). By this point, anyone who was paying attention knew that Longfin was garbage. However, as the saying goes:

“The market can remain irrational longer than you can remain solvent.” - John Maynard Keynes

This was indeed the case for Longfin. After the December interview, the price ran all the way back up to $70 in March 23rd, 2018— it’s unfortunate, but many people blindly invest in tickers rather than companies, and mania can prop up the most worthless of equities.

On Monday, March 26th, things took a turn for the worst when Citron Research - an online investment newsletter - posted the following tweet:

The next few days was a firestorm of selling. By April 3rd, the stock was closing at $9.98 per share. That’s approaching an 80% loss in value! This wasn’t only motivated by a flippant tweet from Citron. You see, the very same day FTSE Russell announced that Longfin shares would be removed from the Russell indexes due to the fact that there weren’t enough free-floating shares on the market. Basically, it was a mistake that they had been included in the first place. If this is confusing to you, don’t worry - I can’t imagine too many people in the world are experts on something like “Russell Indexes.” Wikipedia defines them as such:

Russell indexes are a family of global equity indices from FTSE Russell that allow investors to track the performance of distinct market segments worldwide.

To make a long story short, getting included in something like this is good and normal - most stocks are Russell indexed. Getting thrown off the list is very bad.

Venkat was so incensed by the sudden drop in share price that he lashed out at Citron directly:

“We are going to take legal action after we file the 10-K […] The company is a profitable company, making revenue.”

I chuckled when I read this - something tells me he’s not successfully suing Citron anytime soon. In any event, a 10-K is defined by Wikipedia as follows:

A Form 10-K is an annual report required by the U.S. Securities and Exchange Commission (SEC), that gives a comprehensive summary of a company’s financial performance.

A few days later on April 2nd, 2018 they did indeed release their 10-K just as Venkat said they would. This is about the time I first became aware of the Longfin fiasco, and despite the fact that LFIN had already lost a bunch of its market cap, I was still very excited to bet against it. You have to understand that the 10-K reads like an autopsy report for somebody who just got brutally axe-murdered. 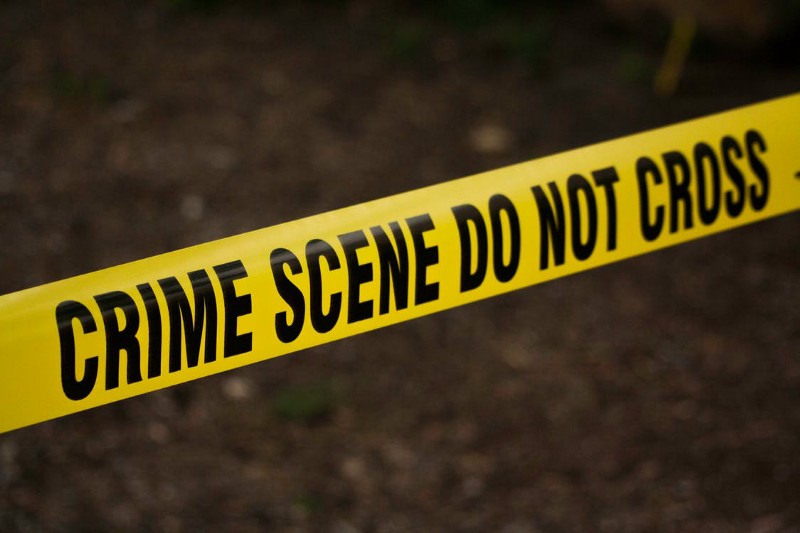 A 10-K is one of the many types of documents you want to read when you’re doing your due diligence on a company you want to invest in, and in this case, it revealed to me that Longfin was heading directly into the bowels of the earth. I encourage you take a look through it - it’s pretty dry stuff, but there are some real gems:

On March 5, 2018, the Division of Enforcement of the SEC informed the Company that it is conducting an investigation In the Matter of Trading in the Securities of Longfin Corp. and requested that the Company provide certain documents in connection with its investigation, including documents related to our IPO and other financings and the acquisition of Ziddu.com. We are in the process of responding to this document request and will cooperate with the SEC in connection with its investigation. While the SEC is trying to determine whether there have been any violations of the federal securities laws, the investigation does not mean that the SEC has concluded that anyone has violated the law. Also, the investigation does not mean that the SEC has a negative opinion of any person, entity or security.

You’re reading this correctly. They knew they were under SEC investigation since March 5th, 2018 and didn’t bother to tell their shareholders until this report which was released nearly a month later. It goes without saying that getting invested by the SEC is a very bad thing - these guys are basically “stock cops.” I’ll talk more on this later, but the possibility of securities fraud wasn’t the only damning thing in the 10-K:

What follows is a laundry list of admissions that the company simply doesn’t have anybody who knows what the hell they’re doing in a variety of basic but important areas such as reporting requirements. This is the kind of stuff that keeps your company listed on the NASDAQ - in effect, this 10-K made me believe that the company was on the cusp of quite literally going out of business or at least getting delisted from the markets. I guessed - perhaps incorrectly - that most investors were savvy enough to read these kinds of reports, and that their price could only go down after releasing such a report. Thus, it was the morning of April 3rd when I first began to bet against LFIN. More details on this later.

After the suicidal 10-K, Longfin’s price behaved strangely over the next few days. As expected, it tanked on the 3rd - good news for me. Then, it began jumping up and down erratically. On the 4th and 5th, it consistently ended the day higher than it had before, despite more bad news such as CohnReznick (Longfin’s accounting firm) resigning. It’s hard to understand why the price was rising despite the fundamental worthlessness of Longfin - some people suggest it was a short squeeze, but it’s hard to say. Based on the overall sketchiness of this company, my current suspicion is that it was illegal market manipulation. Some have suggested that the rally was because Venkat went on Fast Money again for a second interview:

Venkat returns to the crucible.

I can’t imagine how this could have inspired anyone’s confidence - to my eyes, he just made a fool out of himself again, deflecting and filibustering while the Fast Money people pointed out that he’s a fraud. It doesn’t really matter at this point; for whatever reason, by mid-day on April 6th, the stock price had climbed all the way back to $28.19. I wasn’t worried - I figured the mania would end very soon. Abruptly, however, the music stopped. The stock was halted with a T-12 code and continues to be halted at the time of this writing (April 15th, 2018).

A T-12 halt is a complete moratorium on trading of a particular equity until, as nasdaqtrader.com puts it, “additional information requested by NASDAQ” is provided. I’ve seen this described in one article as a stock “being called to the principal’s office” - to make a long story short, this is not a good sign. In fact, I think it’s safe to say that if a stock you’re invested in ever gets T-12 halted, you should be prepared to lose the majority of your investment by the time it gets unhalted.

Right after the halt, it was announced that $27 million in trading proceeds had been frozen by the SEC. Apparently Venkat was issuing unregistered, restricted shares to his pals and they were selling them off for enormous profits; now, this case is still ongoing, so I should say that none of this is proven yet. However, this didn’t stop the SEC from freezing the funds to make sure they didn’t make it out of the country, and my gut feeling is that our old friend Venkat is guilty of this and more. I suppose we’ll find out soon, since the SEC hearing on the matter is currently scheduled for the 20th of April.

The timing of the SEC announcement lead many to believe that the halt had to do with the SEC, but I am under the impression that this T-12 halt had more to do with NASDAQ. It recently came to light that Longfin received a non-compliance letter regarding a form 10-Q, which they had not filed as required. If you don’t know what a 10-Q is, don’t worry - it’s just a kind of quarterly report that NASDAQ-listed stocks must release regularly. It would seem that this is the real reason the stock is halted - but even if they successfully file a plan of compliance and get unhalted, I have my doubts that this thing will ever trade again, at least while the SEC is breathing down their necks.

As you can see, this whole thing is a complicated mess, and a lot of people are caught in the lurch trying to figure out what is going on. While the stock is halted, nobody can trade it. If you had ten thousand dollars’ worth of LFIN stock, your money is basically in limbo. The story doesn’t end here, of course - I still haven’t gotten to the details of my own position in LFIN!

I’ll be releasing the third and possibly final chapter of the Longfin saga soon. Next time we’ll be talking about:

Update: Next article is here.