Riot Blockchain: How This Bitcoin Company Might Strike It Rich

In 1848 there was the California Gold Rush. Nearly three hundred thousand would-be prospectors made their way west in the hopes of making new lives for themselves and finding prosperity. This sort of behavior has repeated itself many times both before and after that event; human beings are always looking for a way to become wealthy, and a sort of feverish mania tends to surround any “new” prospect.

One could easily argue that this mania is exactly what led to Bitcoin’s meteoric rise and fall over the course of late 2017 and early 2018. Instead of being interested in the technology, people were more interested in getting rich quick; naturally, as with any commodity where the price goes vertical, this couldn’t last forever. Of course, this says nothing about the long term prospects of Bitcoin - only that it’s undeniable at this point that there was a sort of “Bitcoin mania” going on.

At the same time, companies - like the gold-seeking “forty-niners” before them - started to latch onto this same mania. Companies began to try to incorporate blockchain technology into everything. Some companies went an even lazier route:

Yes, this was a real headline.

If your iced tea company is throwing “blockchain” in the name, it’s a pretty clear sign that you’re probably in this for a quick cash grab even if you claim to want to focus on ”the exploration of and investment in opportunities that leverage the benefits of blockchain technology.” Likewise, as I’ve previously written, there are plenty of other “blockchain” companies, like Longfin which might seem to be legitimate at first glance but are really the most abject sort of dumpster fires you could imagine.

If the companies are usually sketchy, why not just buy crypto?

This is a legitimate question, and it’s one that I’ve put a lot of thought into. If you believe that cryptocurrency will change the world, doesn’t it make more sense to just buy some Bitcoin and some altcoins? Well, there are actually many reasons I can think of for someone to go in on one of these companies in lieu of actual crypto trading:

Of course, for every reason I’m listing that you might want to buy a blockchain-based stock, there are just as many good reasons to buy cryptocurrency itself. As cut and dry as it might seem at first glance, the reality is that there are legitimate reasons to get involved with both types of trading.

The “best of breed” is a term that originates in dog shows; to put it simply, it’s the winner. It’s also a phrase that this guy likes to use to describe stocks: 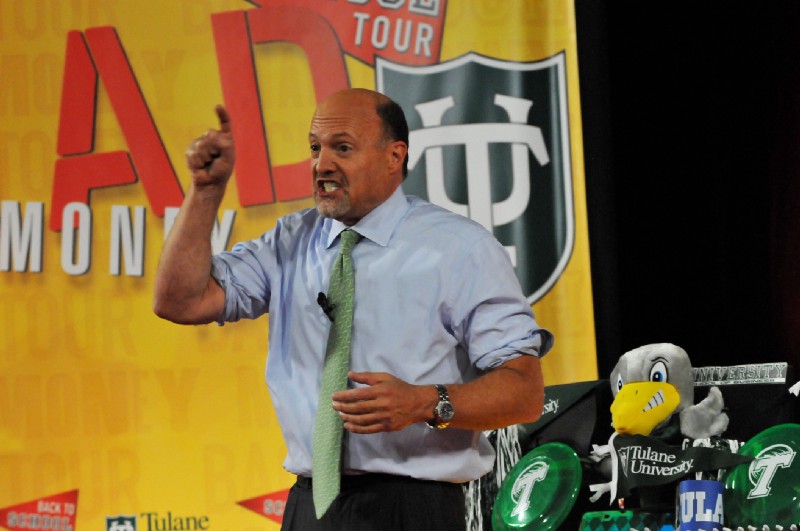 So, is Riot Blockchain the “best of breed” when it comes to Bitcoin-related stocks? I don’t know, but I do think that they are very promising in spite of the fact that they jumped on board the blockchain hype train in what appeared - at first! - to be a cash grab.

Riot Blockchain used to be a penny stock and a biotech company called Bioptix Inc. When they changed their name and focus, their share price skyrocketed, eventually reaching almost $30 per share. This is, as I’ve mentioned, a pretty obvious sign of price mania, and at the time it was fairly obvious that it wouldn’t last. Indeed, like with most cryptocurrency-related things, the price is quite depressed (around $6.5 at the time of this writing) compared to then. However, there is a difference between a company like Riot and an iced tea company that adds the word blockchain to its name. What is that difference? It’s simple: unlike many companies, Riot appears to be very serious about its pivot into blockchain technology.

What about the SEC investigation?

As I wrote in my article about LFIN, getting investigated by the SEC isn’t exactly a good thing. Like many other blockchain-pivoting companies, Riot was recently given a subpoena; naturally, this provided great sport for bears who declared that the company would soon be trading on pink sheets. To quote a report from the company:

“The Company has received and responded to comments from the staff of the SEC regarding certain developments and the Company’s ongoing development of a blockchain/cryptocurrency business model. These inquires include the proper asset classification, applicability of the Investment Company Act [of] 1940, to the Company’s business and affairs and accounting treatment of its cryptocurrency,” according to the quarterly report.

Likewise, the company received a delisting warning from the Nasdaq for failing to hold its annual shareholder meeting. A little more than a week ago, however, this problem was solved. To quote Riot Blockchain’s press release:

In a letter dated June 20, 2018, Nasdaq informed the Company that, as a result of its shareholder meeting on June 15, 2018, the Company now complies with Listing Rule 5620 and the matter is closed.

Just yesterday, more news arrived which adds heavily to Riot’s legitimacy: the company is now joining the Russell Microcap Index. An “index” is something which measures the performance of various segments of equity markets and are essentially made up of many stocks which share certain attributes. In this case, the common denominator is that all of the stocks in this particular index are “microcap” stocks, i.e., they have small market capitalizations.

This is a mouthful, but the long story short is this: getting onto the FTSE Russell indexes usually doesn’t happen to sketchy stocks, and if it does, they get thrown off very quickly just as Longfin did. The fact that Riot was indexed is very good news; I believe this vindicates them as far as the SEC investigation fears go and implies smooth sailing for the near future - or, at least, as smooth of sailing as is possible when you’re in the rough waters of the cryptocurrency world.

So, what’s the takeaway?

Full disclosure: I am invested in Riot Blockchain. I’m not unbiased; I believe it’s likely that this company is eventually going to be quite profitable, and I’ve put money on this prediction. However, I’m not some kind of magical augur; I don’t know when this will happen, and I can’t be sure that a freak tornado (or some similar unforeseen disaster) won’t wipe out all their data centers tomorrow. It’s indelible that their stock price is fairly married to the price of Bitcoin, and anyone who’s been in the crypto world for more than five minutes knows that the only reliable price predictions tend to run along the lines of “it might go up, it might go down.”